The story of the Hubble Space Telescope and where we go ...

On August 11th, 2008 the Hubble Telescope hit the 100,000 orbit mark! Since its launch in April of 1990 the Hubble Space Telescope has been traveling at 5 miles per second with its on-board odometer racking up around 2.72 BILLION miles! That's about 5,700 trips to the moon and back! In October of this year the STS-125 crew will be be working on the 5th and final servicing mission to Hubble. There are currently 5 spacewalks scheduled for Atlantis where astronauts will install new equipment and repair broken instruments. Once this mission is complete, NASA's favorite telescope will need to live out the remainder of its days alone in space, with no chance of repair. This is the story of the Hubble Space Telescope, or HST. 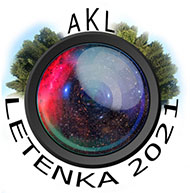